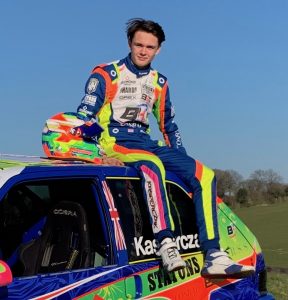 I feel proud to be part of the BMMC by becoming a Brand Ambassador, I look forward to working with the team of members and marshals of the BMMC that keep us safe on the circuit!”

Ben  progressed  through  karting  to  the  top  level,  winning  races  at  the  British  championship,  where  Lewis  Hamilton,  Jenson  Button  and  lots  more  big names  used  to  compete  back  in  their  karting  days,  winning  over  180  trophies  in  his  successful  karting  career,  finishing  karting  at  the  end  of  2016 after ten victorious years with some very memorable memories. It was time for Ben to move onto something bigger and better!

This  would  be  a  great help to Ben to fulfil his childhood dreams of becoming a British Touring Car Driver.

For  the  2019  season  Ben  will  be  competing  in  the  Junior  Saloon  Car  Championship for  the  second  year  running,  with  the  ambition  of  taking  the  2019 JSCC title with Team-Hard and Orex Competition in a fully race prepared Citroen Saxo VTR. Ben’s Goal is to become the youngest ever British Touring Car Driver at the age of 16 and progress to become the youngest ever BTCC champion.