The Cliff Hammond Trophy was a new award for 2015 replacing the Ken Finnie Trophy for the Best Newcomer in the North Region.

Cliff was the creator of the now popular Taster Days and reflects his willingness to encourage new people into the sport he enjoyed for so many years – sadly he is no longer with us. RIP

The trophy is a scale model of an Aston Martin DB4 Zagato engine.It has a plexiglass cover and is mounted on a plinth.

Winners are also be eligible for the John Nicol Trophy. 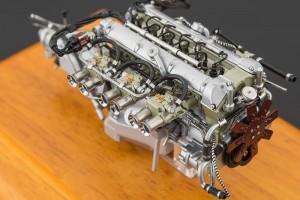 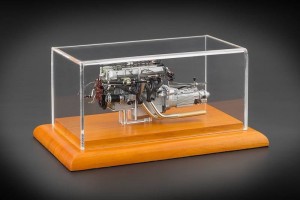