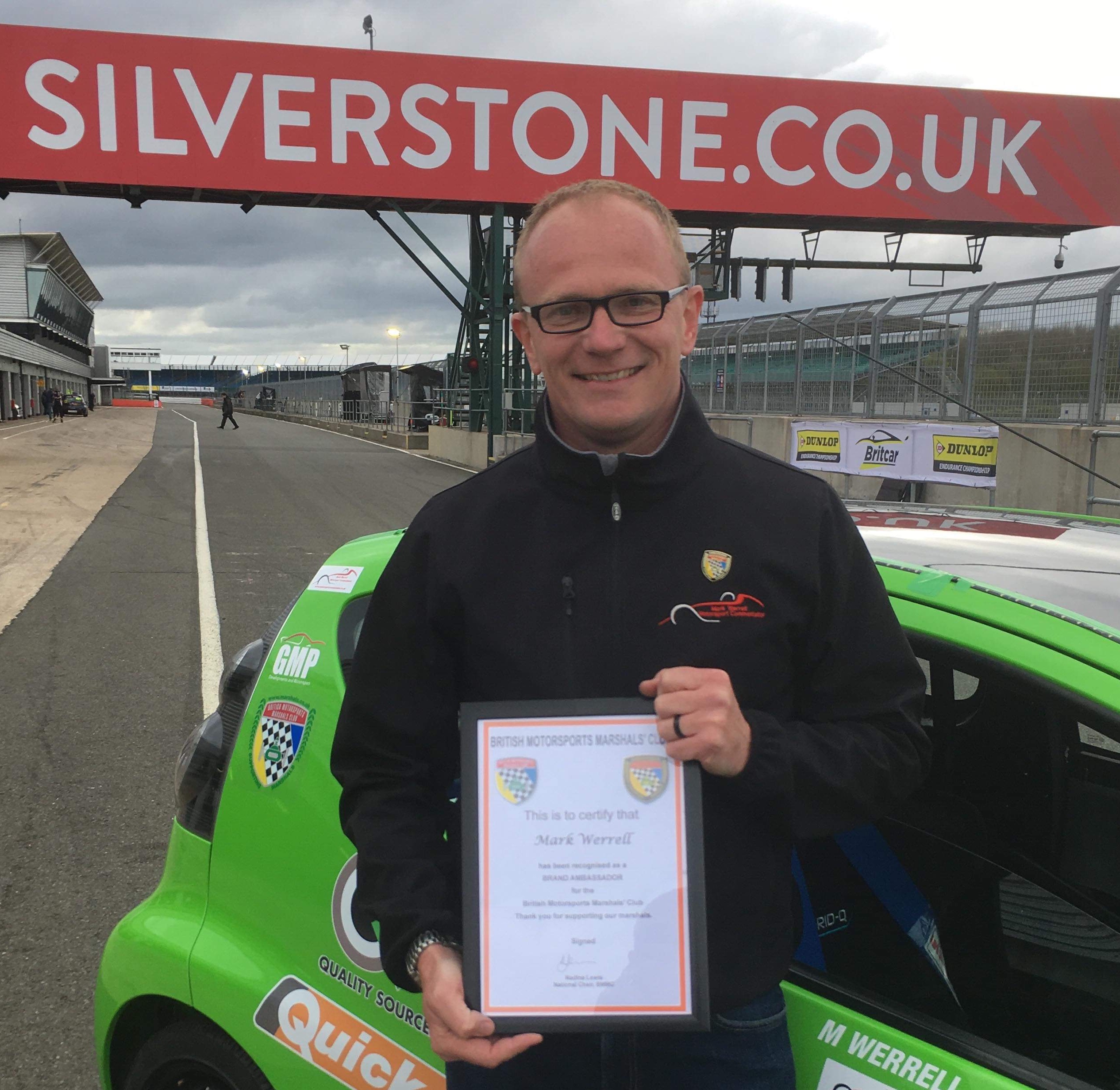 Mark Werrell is one of the UK’s top motorsport commentators, providing informative, energetic & enthusiastic commentary at most major racing circuits & venues throughout the UK.

Mark first started his involvement in motorsport as a volunteer marshal at his local circuit Cadwell Park during the 1980’s. As a member of the British Motorsport Marshals Club (BMMC) he progressed through their grading scheme from Trainee, Course, Fire & Flag Marshal to the grade Incident Officer.

Mark eventually couldn’t shake off the motorsport bug and after a brief attempt at trying to raise the budget for car racing, he settled for Formula TKM kart racing in the mid 1990’s. Having competed for several years in numerous championships and at the Formula TKM Festival, all with a good level of success, he eventually turned his attention to motorsport commentary.

Since 2018 Mark has returned to competition, racing for GMP Developments in the hugely popular Citroën C1 Challenge which included the Rockingham 24hr event in 2018. For 2019 he is also scheduled to race for GMP at both the Silverstone and Anglesey C1 24hr events in April and September respectively.

With his diverse motorsport grounding and a genuine passion for the sport he started commentating for club meetings during 2000.

He can now be found throughout the country and most weekends commentating on an extremely wide variety of race meetings. Mark is one of the UK’s most exciting ‘voices’ with his uniquely balanced blend of informative, exciting, enthusiastic and well humored commentary.

2019 will see Mark continue as the main TV commentator for the NASCAR Whelen Euro Series as well as providing circuit commentary for the likes of the British GT/British F3 Championship, BTCC, DTM, Blancpain Endurance Series and many other key events.

As a direct result of Mark’s knowledge, style and capability he also provides TV voice-over work and event hosting.

“As somebody that started my motorsport career as a BMMC Marshal, I always have and continue to remain passionate about British marshals, the BMMC and the vital role that all volunteers play in Motorsport UK recognised events, whether it be karting, rallying, speed events or circuit racing.

I’d be delighted and honoured to become a Brand Ambassador for the BMMC and relish the opportunity to represent and promote the club and also work with its members and my fellow Brand Ambassadors.”