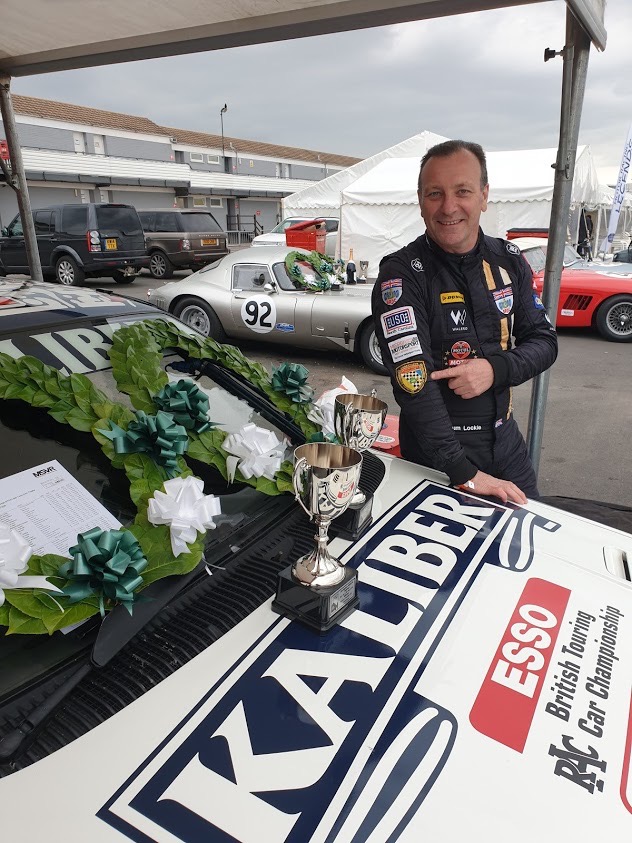 A prolific endurance racer he’s competed in seventeen 24 hour races including Le Mans in the first ever Diesel LMP1, Daytona and Nurburgring. He’s won 15 championships including including British GT and multiple British Endurance Championships and is the current FIA Masters Historic Sportscar Champion.

It is a pleasure and an honour to be asked to be a Brand Ambassador for the BMMC. I have always admired and respected Marshals as the unsung heroes of motorsport, the effort they give often in atrocious weather, without complaint and too often without thanks. We should all remember that we cannot go racing without their sterling input.

In the second of the series of updates on the work and support for our club by our growing band of BMMC Brand Ambassadors we hear from Calum Lockie.

A busy season peaked in September with an amazing motorsport feast with three major historic events in Britain and Europe.

We fired off with the amazing track at Zandvoort in Holland. Racing the stunning Shelby Dayton Cobra in which Julian and I have claimed all races barring the Donington fiery incident, and, started them from pole in all barring the Silverstone Classic where traffic inevitably played its part.

Being in the Flying Dutchmen’s back yard we thought it was going to be a brawl. However we sat on pole by 1.2 seconds from the Hart Daytona and the Pastorelli Ferrari 250 after qualifying. All could change for the race.

We claimed class pole for the FIA Historic Sportscar Championship in the Chevron B8, but with a wet qualifying we were down in 14th for the Pre ’66 Touring Car race in the Falcon praying for a dry race.

Unfortunately luck was not with us for either of the other two races as the Chevron suffered gearbox problems with Julian in a comfortable 22 second lead resulting in retirement.

The Falcon race was on a wet but drying track and was extremely tricky. A spectacular moment for Julian saw us delayed and we trundled round to finish but well behind the leaders.

Well, you can’t win them all, but the highlight was definitely stretching our lead in the Masters Gentlemen Drivers championship. Julian also claimed a beautiful Chopard Winner’s edition watch no. 1 of 13 being presented through the weekend.

After a quick track day we headed straight down to Goodwood for the spectacular Revival race week end. I was down to race Sean and Laura Danaher’s amazing Maserati 6CM Grand Prix car for the 7th year running. I was also due to share a famous E type Jaguar with owner Mark Midgley in the Kinrara Trophy on Friday’s into the dark race. the race.

As ever the Goodwood Revival is a huge feast of wonderful machinery, fantastic costumes and displays and the mesmerising Goodwood Saturday evening ball.

Rather later than usual this year we were bracing ourselves for lots of wet weather for the famous 6 Hours meeting at the superb circuit of Spa.

Racing Julian’s cars again we were lining up in the Daytona Cobra for the Championship final, the Chevron B8, the Ford Falcon and the much anticipated first run at Spa in the amazing ex Andy Rouse Ford Sierra RS500.

The Cobra was mighty and we felt very confident we could see off our competitors despite having another Cobra with a very fast pairing. The Chevron B8 ran as usual and the RS500 was immense even in the soaking conditions with unbelievable grip from the Dunlop wet weather tyres.

The FIA sportscar race panned out very well for us and from P2 on the grid we ended up winning the class after an uneventful race.Finally, the big one was here! The 90 minute Gentlemen Drivers race was upon us and the weather was atrocious. I jumped in and gave it my all, astounded at how slippery it was on track.

Watching the pit board I could see the second driver in the other car was closing in on me but I could not see how I could go more quickly without seriously risking then car. So, I stuck to what I was doing with a slightly sinking feeling as the laps ticked off and the gap shrank. Four laps from the end and he was on me and then suddenly he was gone! I kept peering through the gloom behind me but could not see the chasing car. Next time past the pits the gap was 14 seconds with 3 laps to go and barring mistake I knew we had it!!

Our 6th win of the season to clinch the championship for Julian and it was with some relief I saw the chequered flag!!

It has been an amazing and eventful season topped off by being invited to be a BMMC Club Ambassador and I look forward to seeing many of you out on the bank again next season.