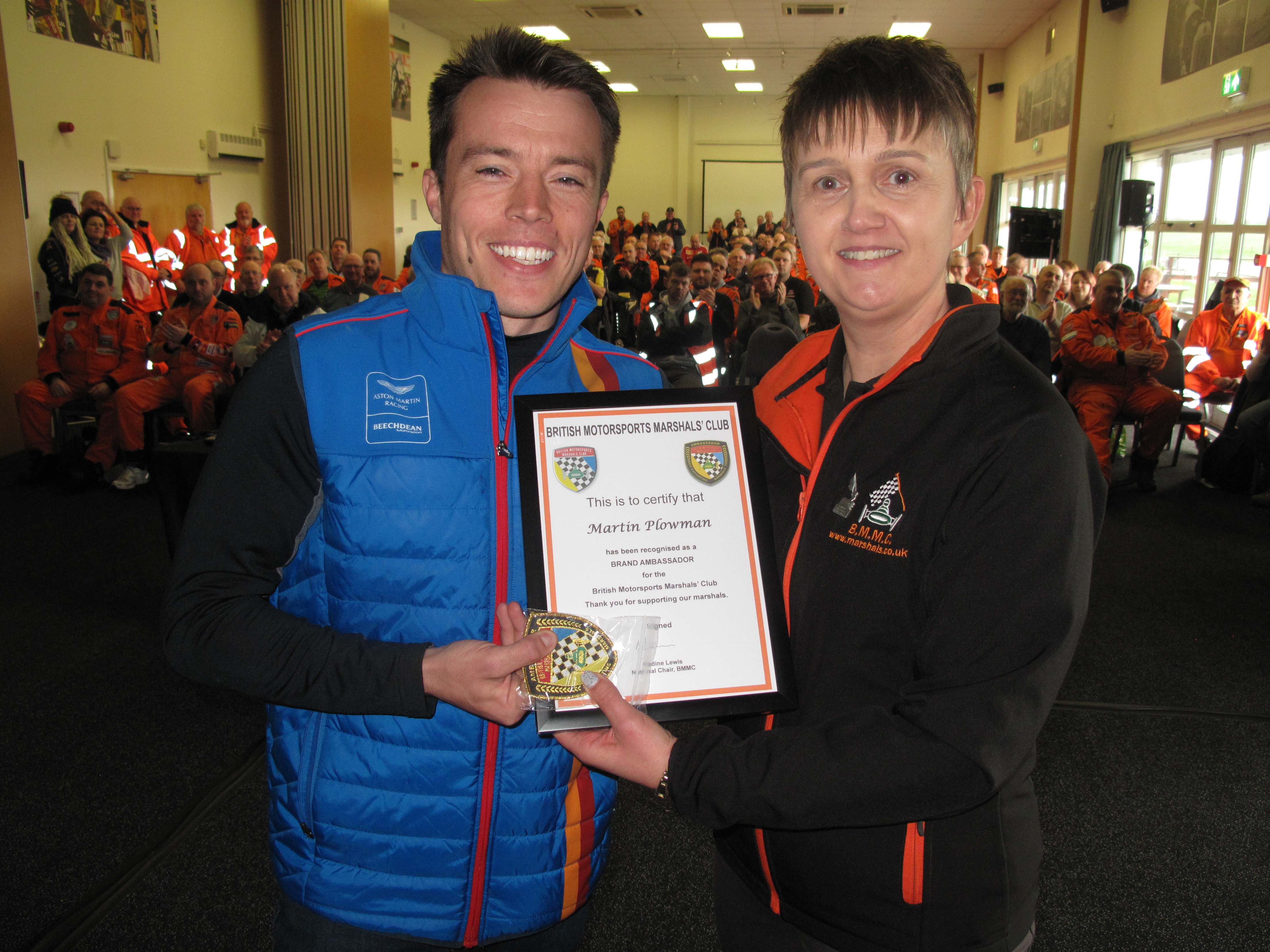 British GT4 driver Martin Plowman was the first of the new BMMC Brand Ambassadors to receive their official insignia when he attended the North West marshals training weekend at Oulton Park this month.

Martin has a wealth of experience spanning over two decades and has shown himself to be an incredibly successful racing driver, becoming both a Le Mans class winner in LMP2 and WEC World Champion in 2013.

On accepting his invitation to become a Brand Ambassador for BMMC Martin said: “I was delighted to be invited to become a Brand Ambassador, marshals the length and breadth of the UK do a fantastic job supporting motorsport at all levels. While I hope not to meet too many of them on the side of the track this season, I’m extremely grateful for their support when needed!”

BMMC National Chair Nadine Lewis said: “We’re pleased that Martin accepted our invitation and look forward to working with him to help raise the profile of the club, especially within the British GT circles. We wish him and Kelvin a successful season ahead with their new Beechdean AMR team.”